The Frontier Research Institute for Interdisciplinary Sciences aims to "create new values by cultivating and developing interdisciplinary research and contribute to human society". The plan that researchers belonging to the institute talk and think about the concept above is this series "Beyond the Border".

While talking about each of their research lives, they will talk about "interdisciplinary activities that each of them experienced". While highlighting the ideals and actualities of the Frontier Research Institute for Interdisciplinary Sciences (hereinafter referred to as "FRIS"), at the same time, it is the place for the members of FRIS to consider the future of the organization through dialogue. 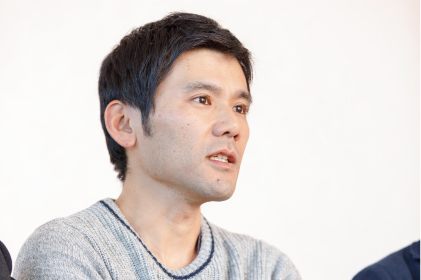 Assistant Professor, Frontier Research Institute for Interdisciplinary Sciences
He graduated from the Graduate School of Science, Kyoto University. Ph.D. in Science. After working as a researcher at the National Astronomical Observatory of Japan, a researcher at the Pennsylvania State University, USA and an SPD of Research Fellowship for Young Scientists of the Japan Society for the Promotion of Science at Osaka University, he has been in the current position since 2013. He received the Young Scientists' Prize of the Commendation for Science and Technology by the Minister of Education, Culture, Sports, Science and Technology in the fiscal year 2017. His specialty is research on high energy plasma phenomena occurring around a black hole. In particular, he investigates the mechanism of plasma jet driven by a black hole, which is progressing in relation to gravitational waves, cosmology, galactic evolution, latest observation, numerical simulation research and so on.

Tamura
In my case, it was just guided by chance. Because I'm from the countryside in Yamaguchi prefecture, which does not have so many universities. I did not know well about university. I thought the former imperial universities seemed to be good. So, I entered the School of Informatics and Sciences, Nagoya University, which is the faculty combining humanities and sciences. When I started my graduate study, I found it interesting. So I went on to the graduate school at the University of Tokyo, the laboratory of an anthropologist who specializes in the subject I was working on. I decided to go to a doctoral course when I was a master course student, because I got a grant.
When I was a junior high school student, I liked novels written by MORI Hiroshi, who was an associate professor at Nagoya University. I believed a researcher would be a nice job because researchers in his novels are free from annoyances. But the reality is far from the novels. (haha) 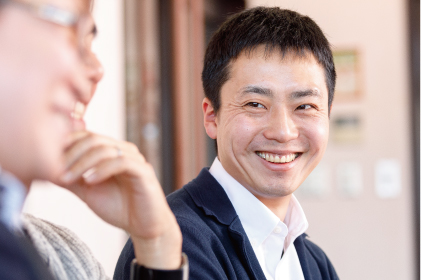 Assistant Professor, Frontier Research Institute for Interdisciplinary Sciences
He graduated from the School of Informatics and Sciences, Nagoya University and completed the Graduate School of Science, University of Tokyo. Ph.D. in Science. After working as a PD of Research Fellowship for Young Scientists of the Japan Society for the Promotion of Science, a fixed-term researcher at the University of Tokyo and a postdoctoral fellow at the University of Bristol, he has been in the current position since 2016. His specialty is anthropology and cultural evolution. Recently, he is working on a quantitative analysis of archaeological artifacts and developing a research environment that enables non-experts to intuitively use these methods.

Toma
The meaning is not defined clearly in the first place, right? Is it the verge of academics, or does it mean, as "internationality," spanning a variety of disciplines?

Tamura
After this, we may get scolded by our director. (haha)

Tsunematsu
I came to this institute and changed my field a little. I have been studying neurons so far but started to research on cells in the brain called glial cells. The etymology is "glue," and it was thought that it did nothing. However, recently, it has been revealed that a grail cell also controls the activity of the neurons itself. I am studying together under Professor Ko Matsui, the leading expert on glial cell research, which may well be involved in sleep. I do not know whether it is "interdisciplinary" because I want to try to do various things of interest, but my field is steadily expanding. We have little manpower so I could not survive if I would do the same thing as other people. Perhaps most of the people in FRIS are so. It is a problem of survival and interest. 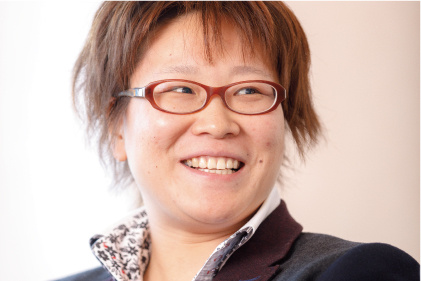 Toma
In the world of physics, there are people who specialize in investigating only black holes and others conduct research only on plasma. I'm studying the plasma around the black hole, but I'm interested in "phenomena occurring only around the black hole," and I have to learn both deeply in order to know that. The result leads to where I am now. It is only because I just want to know, no one do it, and it might promote other related research as well. I was forced to study out of the field.

Tamura
I don't mind interdisciplinarity in my research, too. When I was wandering around some research fields, Dr. Yui Arimatsu, who was an archaeologist at FRIS before, told me "you are interdisciplinary." (haha)

Toma
Did you invent mathematical methods to analyze pottery shapes?

Tamura
Well, I am not the first. Methods we used have been developed in biology to analyze shapes of organisms and have a long history. Those who start such research are not so rare, but some people quit on the way. I think this is because they can see various limits. Therefore, rather than doing it because it is "interdisciplinary," I'm simply doing costly but necessary works.

Toma
Is such approach included in anthropology?

Tamura
I think so. For better or worse, anthropology includes everything. Roughly speaking, there are three disciplines called "anthropology in a broad sense." They are cultural anthropology, archeology, and physical anthropology. I think that I'm analyzing subjects of archeology using methods in physical anthropology.
Until now, I studied at the faculty combined the humanities and sciences when I was an undergraduate, got Ph.D. at Department of Biological Sciences at the Graduate School of Science, worked as a postdoctoral fellow at a laboratory of applied mathematics and engineering, and then came to FRIS. I have been conducting such research a while ago, but I started it as my primary topic since I came to FRIS.