The Frontier Research Institute for Interdisciplinary Sciences aims to "create new values by cultivating and developing interdisciplinary research and contribute to human society". The plan that researchers belonging to the institute talk and think about the concept above is this series "Beyond the Border".

While talking about each of their research lives, they will talk about "interdisciplinary activities that each of them experienced". While highlighting the ideals and actualities of the Frontier Research Institute for Interdisciplinary Sciences (hereinafter referred to as "FRIS"), at the same time, it is the place for the members of FRIS to consider the future of the organization through dialogue.

Tamura
Last year, Kenji gave a presentation. At that time, I felt that the scale was totally different from my research.

Toma
It's a topic of five dimensions and six dimensions.

Tsunematsu
I can only understand up to four dimensions adding time. What are five dimensions?

Toma
The three-dimensional space has height, width, and depth but that has another one. Absolutely, we do not know, but we think that there are hints and we are looking for them. It may be not on the earth but only in the universe. There may be other dimensions in the extreme condition. There may be dimensions that are not verified on the earth. We sometimes say that TV games and animation are two dimensions. People in two dimensions cannot know three dimensions. It is the same as we cannot know five or six dimensions. We assume that gravitational waves are propagating in four-dimensional space. If we can prove the speed of the gravitational wave is slower than the actual speed in three dimensions, we can know the existence of an unknown dimension.

Toma
In space-time four-dimensional theory, the gravitational waves always move at the speed of light. It can be slower than the speed in five dimensions. In this observation, because light and gravitational waves simultaneously appeared, "well, there seem to be no significant five-dimensional signs" is the present situation. But we do not know yet. I want to see what nobody has seen.
I heard that Tomomi has an amazing technique to make a mouse sleep. It seems to be the technique that very few people have in the world.

Tsunematsu
I think that there are not so many people in the world that can make a mouse sleep with its head fixed. I can say this is my best advantage that much. Like the technique of the operation, a mouse does not sleep even if an ordinary person does the technique as I do. I make the mouse sleep. It takes about a week or so until I make a mouse get used to the experiment and teach that it is not scary. Just making a mouse sleep is not so difficult, but we would like to observe both REM sleep and non-REM sleep. It seems that REM sleep is less likely to happen under a stressful condition than non-REM sleep. When others do, it is hard to make a mouse into REM sleep. 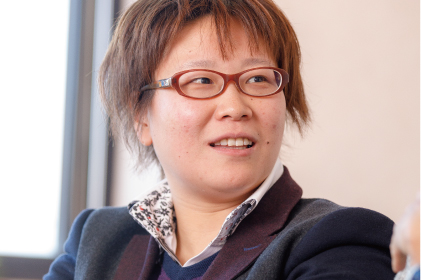 Toma
Have you learned that technique by yourself?

Tsunematsu
I do not know. I cannot explain how I am doing. People ask me "how are you doing it?" and I often show them, but even if others do it as I do, they cannot replicate easily.

Toma
Kohei has many acquaintances. You suddenly emailed professors in high positions and invited them. (haha) FRIS members are often asked to organize an event with several universities, but it is good to push such tasks on Kohei. (haha)

What will you do in FRIS where various people gather?

Tamura
(Unlike other institutes) FRIS has a lot of people from various backgrounds.

Toma
It is also beneficial that excellent students come here. We are offering scholarships to selected students at our university, and we have a seminar with them. 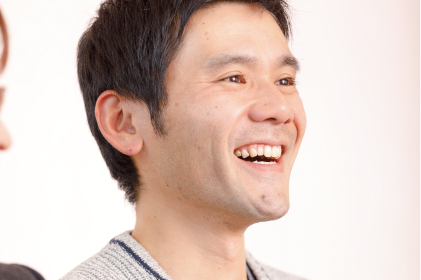 Assistant Professor, Frontier Research Institute for Interdisciplinary Sciences
He graduated from the Graduate School of Science, Kyoto University. Ph.D. in Science. After working as a researcher at the National Astronomical Observatory of Japan, a researcher at the Pennsylvania State University, USA and an SPD of Research Fellowship for Young Scientists of the Japan Society for the Promotion of Science at Osaka University, he has been in the current position since 2013. He received the Young Scientists' Prize of the Commendation for Science and Technology by the Minister of Education, Culture, Sports, Science and Technology in the fiscal year 2017. His specialty is research on high energy plasma phenomena occurring around a black hole. In particular, he investigates the mechanism of plasma jet driven by a black hole, which is progressing in relation to gravitational waves, cosmology, galactic evolution, latest observation, numerical simulation research and so on.

Tamura
We would be happy if we could have any research project with them.

Tsunematsu
I've never been to a seminar because Aobayama campus is far from Seiryo campus.

Toma
That is a problem. We are working on separate campuses. We need an idea to resolve this problem. We come together once a month for a faculty meeting. If the whole university could become compact, we could do more various things.

Tsunematsu
And, hiring me is also a good point of FRIS. Of course, it would be great if I could get a tenure (lifetime employment) after this.
In neuroscience, even if we do our best, a good paper comes out every three years. If I could publish a good paper within this five years, I could get a next position. But if I would make a challenge but fail it, then I cannot get the next job.

Tsunematsu
Does that mean that disciplines will increase more and more?

Tsunematsu
It will not fade out. 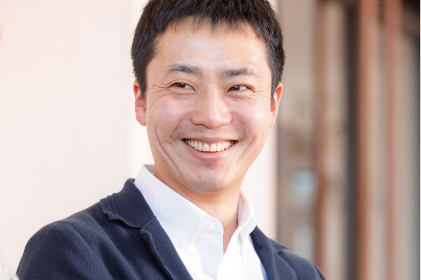 Assistant Professor, Frontier Research Institute for Interdisciplinary Sciences
He graduated from the School of Informatics and Sciences, Nagoya University and completed the Graduate School of Science, University of Tokyo. Ph.D. in Science. After working as a PD of Research Fellowship for Young Scientists of the Japan Society for the Promotion of Science, a fixed-term researcher at the University of Tokyo and a postdoctoral fellow at the University of Bristol, he has been in the current position since 2016. His specialty is anthropology and cultural evolution. Recently, he is working on a quantitative analysis of archaeological artifacts and developing a research environment that enables non-experts to intuitively use these methods.

Toma
An advantage of FRIS is that we are not rooted in laboratories, which means we are outside the current system of our university. We are "wandering" in a good sense. We do not have solid relationships with professors. The current academic fields are not smooth sailing. If interdisciplinary research could help them, it is like "we did it."