The Event Horizon Telescope (EHT) — a planet-scale array of eight ground-based radio telescopes forged through international collaboration — was designed to capture images of a black hole. On April 10th, 2019, in coordinated press conferences across the globe, EHT researchers reveal that they have succeeded, unveiling the first direct visual evidence of a supermassive black hole and its shadow. This is a strong evidence for the validity of Einstein’s general theory of relativity and the existence of a supermassive black hole in the center of a galaxy. This breakthrough was announced on April 10th, 2019, in a series of six papers published in a special issue of The Astrophysical Journal Letters.
For more details, refer to:
https://eventhorizontelescope.org/
The EHT collaboration involves more than 200 researchers from Africa, Asia, Europe, North and South America. The international collaboration is working to capture the most detailed black hole images ever by creating a virtual Earth-sized telescope. Supported by considerable international investment, the EHT links existing telescopes using novel systems — creating a fundamentally new instrument with the highest angular resolving power that has yet been achieved.
Japanese researchers contributed to various aspects of this research. ALMA, operated through international collaboration between East Asia, Europe, and North America, is the most sensitive element in the EHT Array and greatly enhanced the array sensitivity. The National Astronomical Observatory of Japan (NAOJ) developed the data transmission instrument for ALMA to deliver the massive data taken with the array to its base facility. Japan, together with Asian partners, established the East Asian Observatory, which operates the James Clark Maxwell Telescope at Maunakea, Hawai`i.
"We also contributed in software," said Mareki Honma, Professor and Director of NAOJ Mizusawa VLBI Observatory. "We adopted a novel method called ‘sparse modeling’ in the imaging software. It enabled us to obtain a reliable image from the limited data. The EHT collaboration established four independent teams for imaging and the teams employed three different methods to generate the final images. In the end, we confirmed that all the teams obtained nearly identical images of the black hole."
"We also contributed in theory,” said Kenji Toma, Associate Professor of Frontier Research Institute for Interdisciplinary Sciences in Tohoku University. "The EHT collaboration theory team, including several Japanese researchers and me, constructed a large library of models based on Einstein’s general theory of relativity as well as plasma physics. We compared the observed data with this library and confirmed that the observed ring image is consistent with expectations for the shadow of a spinning black hole as predicted by general theory of relativity. M87 has a powerful jet, for which the Japanese researchers have long been developing theoretical model. This knowledge was very helpful for constraining the models for the observed ring image." 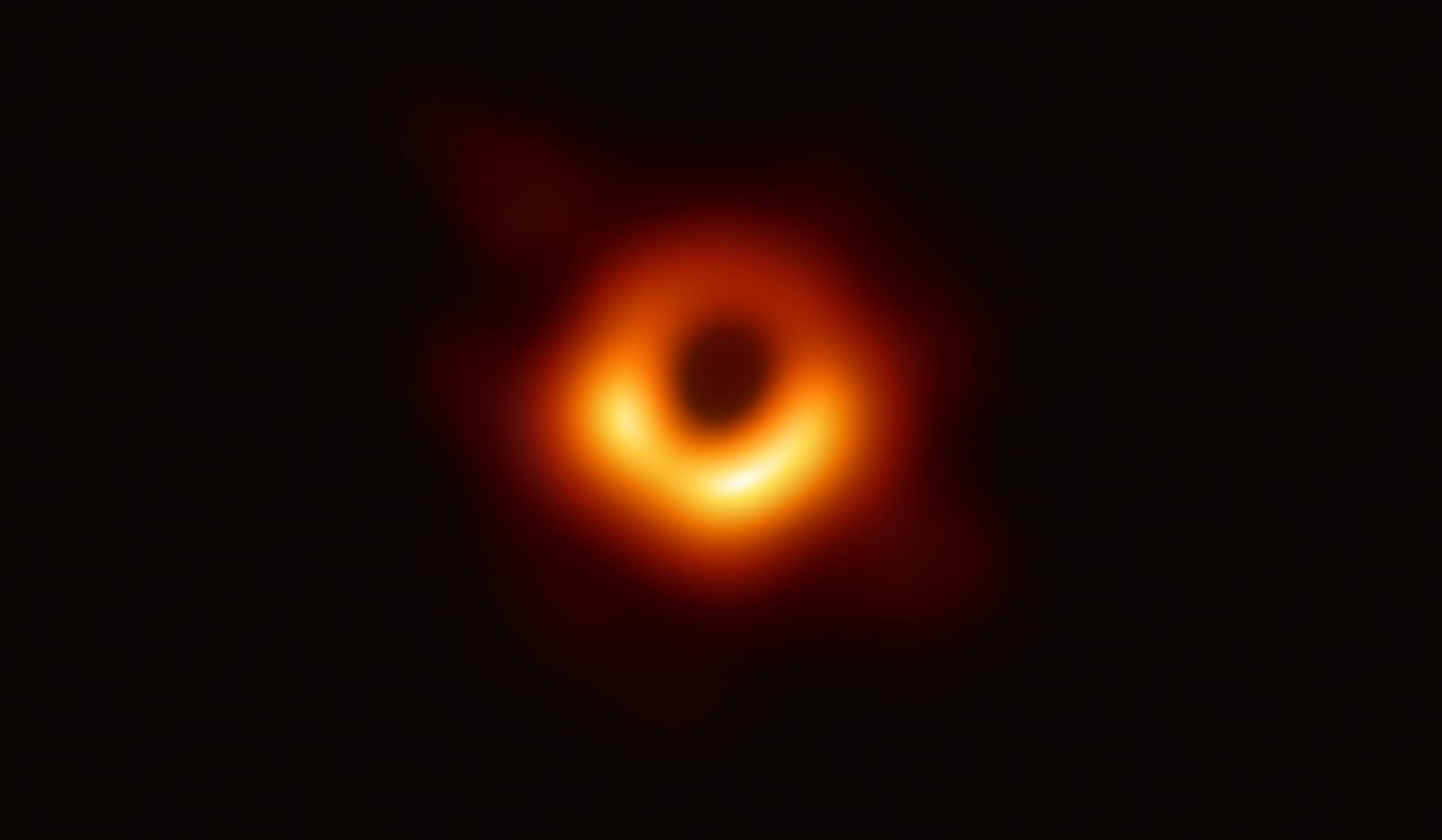